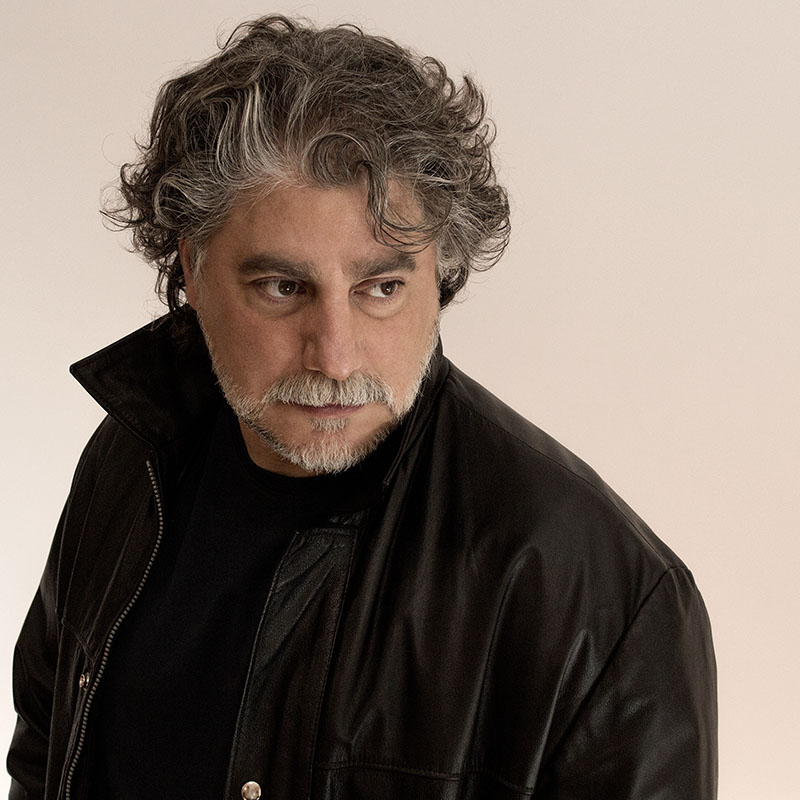 After studying Composition and Orchestra Conducting in his home town Rosario, José Cura moved to Buenos Aires in 1984 to hone his skills. To gain insights into stage life, he worked in one of the professional choirs at the Teatro Colón from 1984 to 1988, where his voice developed into the distinctive bold and bright tenor with tints of dark baritone that lead him to international fame.

In 1999, José Cura resumed his conducting career, working with top orchestras like the London Philharmonia, the London Symphony, the Vienna Philharmonic, Sinfonia Varsovia, the Toscanini Orchestra, and the Hungarian Philharmonic, among others in operatic and symphonic works, thrilling audiences with his performance both in the pit and on the platform.

2007 saw the world premiere of La Commedia è inita: the creative reimagining of Pagliacci coupled with dance and mime, designed and directed by José Cura, marked the beginning of his career as a stage director and designer. In 2010 he set, designed, directed and starred in Saint-Saëns Samson et Dalila at the Badisches Staatstheater, crafting an innovative, modern take on the classic. The production is available on DVD. The unanimous plaudits of the audience and critics for his La Rondine at the Opéra de Nancy and Cavalleria Rusticana and Pagliacci at the Opéra Royal de Wallonie, both in 2012, sealed his stature as a director of distinction. In 2013, his production of Otello at the Teatro Colón in Buenos Aires was selected as one of the most successful productions of the year by international voting.

His show “A Scandinavian bohème” (2015), a new production of Puccini’s La Boheme for the Royal Swedish Opera, was considered by press and public to be one of the most successful productions ever of that prestigious opera house. In Autumn 2016, his production of Turandot at the Opéra Royal de Wallonie, has received enormous acclaim. In 2017, his new co-production of Peter Grimes in Bonn and in Montecarlo, in which he also debuted the title role, and was labeled as “… A feat and a masterful evening”. Lately, in 2018, his new production of Nabucco for Prague State Opera was claimed to be “… A brilliant and thoughtful and integrated fusion of sets, lighting and costumes.”

Year 2014 was marked by José Cura’s return to his activity as a composer: in November, the South Bohemian Opera (Czech Republic), premiered his Stabat Mater written in 1989 and in Easter 2015 after his return as Don José at La Scala the world premiere of his Magni icat, written in 1988, took place at the Teatro Massimo di Catania.

In 2015, José Cura was honored by the Argentinean Senate, with the Domingo Faustino Sarmiento Prize for his achievements in education and culture and in 2017 he was entitled Professor Honoris Causa of the National University of Rosario, Argentina.