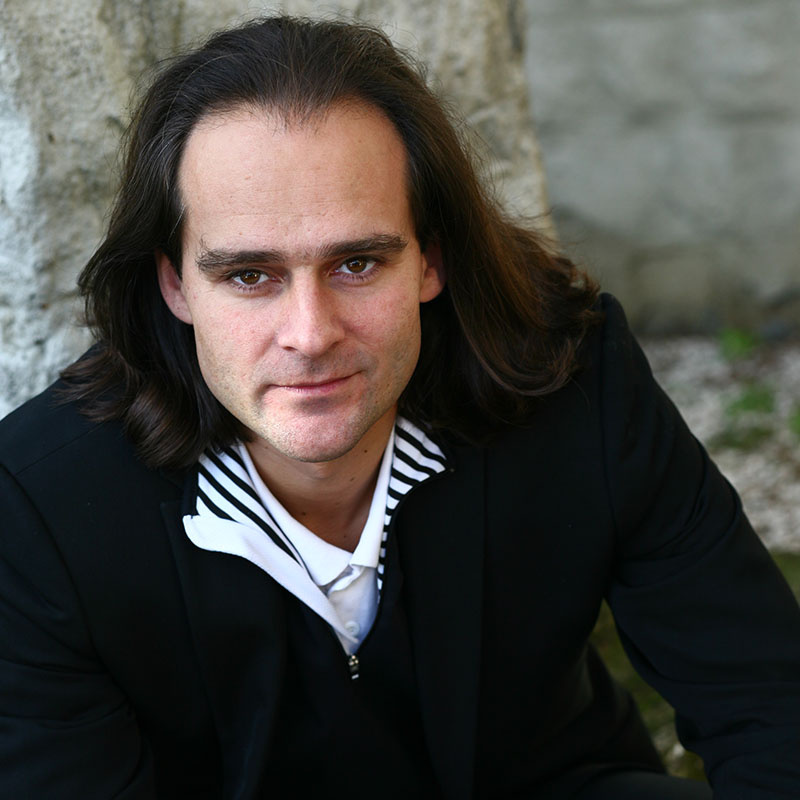 Gergely Bogányi was born in Vác in 1974, and began playing piano in his hometown at the age of 4. He studied at the Franz Liszt Academy of Music and the Sibelius Academy in Helsinki, before completing his education at Indiana University in Bloomington under László Baranyay, Zsuzsa Esztó, Matti Raekallio and György Sebők. He has placed in numerous music competitions, and was the winner of the 1996 International Franz Liszt Piano Competition in Budapest. In 1999, the Bogányi-Kelemen Trio (Barnabás Kelemen – violin, Tibor Bogányi – cello, Gergely Bogányi – piano) came first in the international trio competition in Kuhmo, Finland.

Today, Gergely Bogányi is one of the most popular artists in concert halls around the world. His repertoire includes over 30 piano concertos and a significant portion of the piano literature, including all of Chopin’s solo piano compositions. In 2002, in a series of recitals in Finland and Hungary, he performed Liszt’s 12 Transcendental Études and all of Chopin’s solo piano pieces, winning the Gramofon Award for the year’s best concert series. In 2000, he was awarded the Liszt Prize, and the President of Finland awarded him the Grand Cross of the White Rose of Finland in 2002. In 2003, the Pest County Committee unanimously rewarded him for ‘Services to the Culture of Pest County’; and Ferenc Mádl, then President of the Hungarian Republic, presented him with the Kossuth Prize in 2004. In 1996, he was named a Citizen of Honour of his home town of Vác, and also of Zebegény in 2007. In 2008, he was recognised with the Junior Prima Award, and in 2011 with the Prima Award.