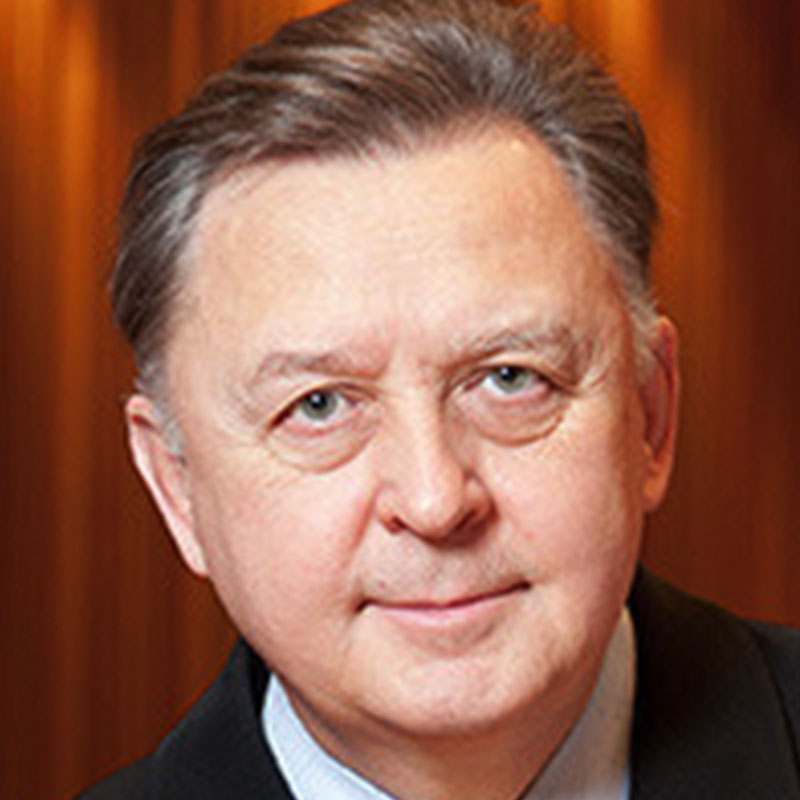 Sándor Falvai was born on August 3, 1949 in Ózd. He began his piano lessons at age 4, with his father’s management. Since 1967 he studied at the Ferenc Liszt Music Academy in Mihály Bacher’s class where he graduated in 1972.

Since 1972, he attended postgraduate training at the Moscow Conservatory of Tchaikovsky, as a student of Victor Merzsanov and Margareta Fjodorova. Since 1973 he was professor at the Liszt Ferenc Music Academy, where he later served as the head of the key department, and from 1997 until 2004 he was the Rector of the University. Among his students were artists such as Dénes Várjon and Gábor Farkas. He has been awarded several national and international prizes, Liszt Award, Artistic Prize, Bartók-Pásztory Prize, Japan’s Emperor “The Order of the Rising Sun with the Blue Ribbon”, which was first and foremost received by Zoltán Kodály from Hungary, the Persian Academy’s Winged Lion Award. In 1973 he won the 2nd prize at the Hungarian Radio’s Piano Competition.

He is a member of the so-called “4-es fogat”, Zoltán Kocsis, Dezső Ránki, Sándor Falvai and Istvan Lantos, the most talented pianists of their time. They give concerts and make records together. Since 1972 he has been performing regularly at the world’s largest concert centers inParis, Rome, Milan, Helsinki, Thessaloniki, Munich, Madrid, Moscow, Rome, Prague, Morocco, Tunisia, Canada, Seoul … In 1978 he had a grand opening debut at Carnegie Hall in New York. As a soloist he performed with conductors such as Kobayashi Kenichiro, Tamás Vásáry, Mariss Jansons, Milan Horváth, Herbig Günter, János Ferencsik, Kazuo Yamada, András Kóródi, János Kovács, Zoltán Kocsis, György Lehel, Albert Simon and Gyula Németh. As a chamber musician his partners were Dénes Kovács, János Starker and the Bartók Quartet.

He has made more than 30 recordings including almost all piano pieces of Chopin’s romantic repertoire, but also Schumann, Brahms, Bach, Haydn, Scarlatti, Beethoven, Arvo Part and Skriabin. Chopin’s Piano Competition Records are recognised as a standard for the profession and the audience. His two recent recordings were made for the American Celestial Harmonies by Ibolya Tóth, with the help of the excellent music director, where he recorded Liszt’s H minor sonata in solo and Schumann’s C major Fantasy and with the orchestra the Brahms D minor piano contest, the latter being performed with Zoltán Kocsis and the National Philharmonic Orchestra (one of the master’s last records).

Sándor Falvai was a guest professor at several universities abroad such as Texas University of Music or Nagoya University of Music. He regularly appears as a jury of competitions and his masterclasses are followed by the young pianist generation with increased attention.