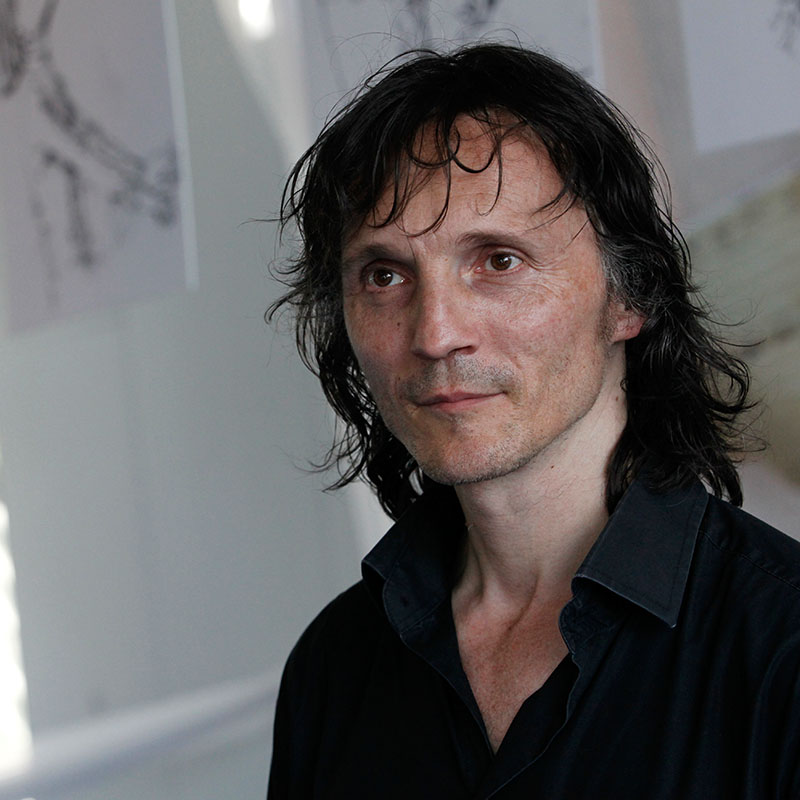 György Oravecz was born in Budapest in 1963. He started playing the piano when he was eight. He became a student at the Ferenc Liszt College of Music in 1981 – his teachers were István Lantos and Zoltán Kocsis. In 1986, he received the scholarship of the Cziffra Foundation, and then in 1987, graduated as a pianist and a teacher. During the following years, ha gave successful concerts in several countries in Europe. Among these, his solo evening in Milan was especially remarkable. His name became well-known in Canada, in the United States of America, as well as in Asia, and he played in Brazil too several times.

During his performances abroad, he gave not only solo evenings but played as a soloist with symphonic orchestras, for example in Brazil, in Italy, in Croatia, in Yugoslavia and in Germany. In April 2000, he played the perhaps least frequently performed piano concerto of Beethoven – Op. 61A – in front of the audience of Musikverein Saal in Vienna. He also gave concerts at various music festivals: in Rovinj (then Yugoslavia), Clermont-Ferrand (France), Donau-Fest Ulm, Sonoptikum Frankfurt, Saarland Festival (Germany), Interforum Fertőd, Bartók Festival in Szombathely, the first Hungarian Fazioli Festival in 1988, as well as the Spring Festival in Budapest where – on one occasion – he performed all the piano studies of Ferenc Liszt.

He was the first pianist from abroad who was invited to Romania immediately after the revolution. In the years after 1985, György Oravecz started to be more and more well-known in music life as a Liszt specialist. He became the performer of the heritage of the “infamous musician”. In recognition of that, he was asked in Rome in 1993 to play a renovated piano for the first time in front of an audience. This piano – originally made for Liszt himself – was found by Italian historians. In 2001, he won the scholarship of the Richard Wagner Society. As the first step, he was invited to the series of concerts of the Society, marking its 25th anniversary.

Several radio and television channels have made recordings with him: Hungarian State Television, the French and Italian television, the Brazilian Cultural Television Channel, the Hungarian Radio and RAI, the Italian Radio. He was the first to make a recording of the solo version of Totentanz by Ferenc Liszt. The selection of Schubert-Liszt that was made in 2002 was not without its special features. In the summer of 2002, he performed in Hong Kong where he played Gershwin’s Blue Rhapsody, Grieg’s A-moll piano concerto, as well as Hungarian Fantasy by Liszt.

He has had concerts in South Korea, Vietnam, Kazakhstan and Azerbaijan too. It was in his performance that two piano concertos of Liszt – S major, A major – were played during the concert at the Ukrainian Philharmony in Kiev. In the past years, György Oravecz has been a regular guest at the concerts marking the birthday of Liszt on October 22 in Kiev.

Finally, let us quote Zoltán Kocsis who said the following about György Oravecz: “In his person, we have a pianist with great expectations, a veritable artist on the podium. He has demonstrated his virtuoso technical skills, his secure hand with style, and last but not least, the doubtless originality of his musical personality.”