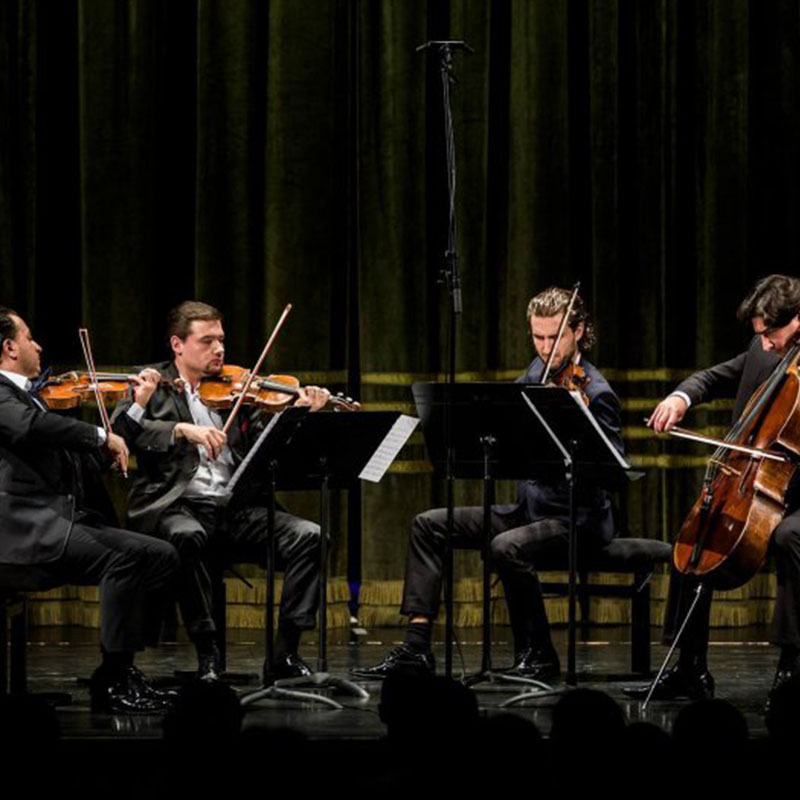 The Kállai String Quartet (Ernő Kállai, Géza Széla, Kálmán Dráfi and István Balázs) debuted in 2015 with the works of Haydn, Bartók and Dohnányi in their Hall in Solt. Six months after their formation, the band became second in the Société Umanitaria International Music Competition in Milan and the first in the Weiner Leó Chamber Choir in 2006. Ernő Kállai was able to study as a committed chamber musician from such masters as Earl Carlyss, Juilliard Quartet or Merry Peckham Cavani Quartet, but the string quartet also works together with János Devich and Gábor Takács-Nagy. Through individual and Hungarian schools and unique interpretations, the Kálla String Quartet summons the golden age of chamber music.The Primarius of the String Quartet, Ernő Kállai is the leader of the Cziffra Festival Talent Award and the Cziffra Festival Chamber Orchestra.