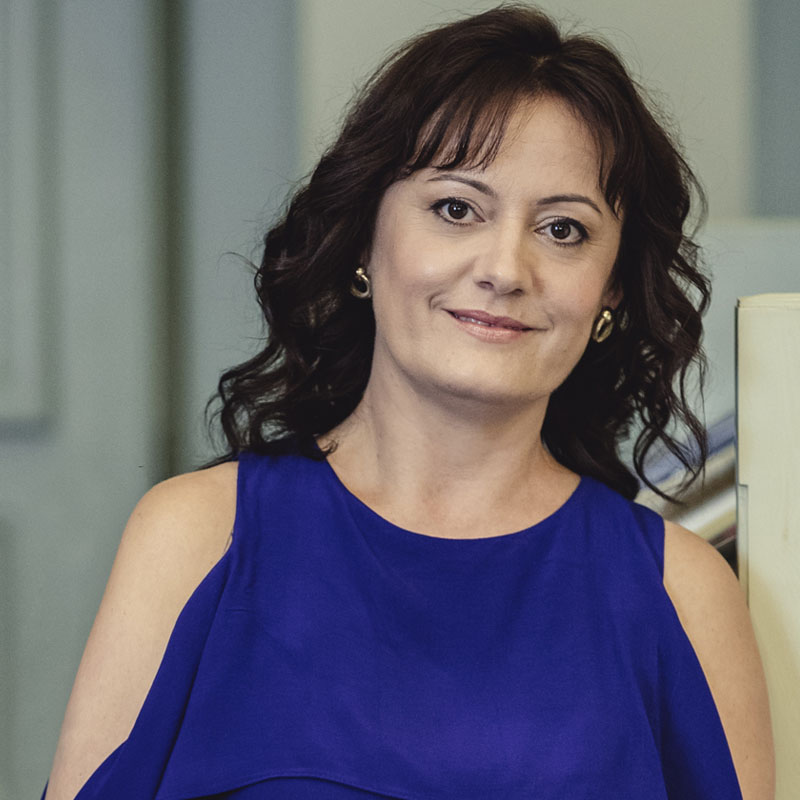 Izabella Simon, pianist, graduated at the Franz Liszt Music Academy in Budapest as a student of György Kurtág, Ferenc Rados, Jenő Jandó and Sándor Falvai. Since graduation, she has been a regular participant of the most prestigious international festivals such as the Ittingen Festival led by András Schiff and Heinz Holliger, the Salzburger Festspiele, the Beethoven Fest (Bonn), the Marlboro Festival (USA), the Nelson Festival (New Zealand), and Halls as the Carnegie Hall (New York), Wigmore Hall (London), Tonhalle (Zürich), playing alongside musical partners such as Heinz Holliger, Steven Isserlis, Miklós Perényi, Christoph Richter and Radovan Vlatkovic. She attaches particular importance to increasing the popularity of songs, which is underlined by her appearances with Sylvia Sass, Andrea Rost, Ruth Ziesak, and Hanno Müller-Brachmann. As a soloist, she has performed with international orchestras as the Kremerata Baltica, the Chamber Orchestra of Europe, the Camerata Bern, Musikkolegium Winterthur Orchester, in addition to a number of Hungarian orchestras. She frequently plays piano four hands, and two piano recitals in Hungary and abroad with her husband, pianist Dénes Várjon. In the past decade they organized and led several chamber music festivals. The most recent one was “Kamara.hu” at the Franz Liszt Music Academy. She has made records with Dénes Várjon (The Great Fuge-Hungaroton), Sylvia Sass (Liszt, Schubert songs-Cant Art) and Andrea Rost (Bartók, Kodály, Ligeti songs-Warner). In 2015, she launched a highly popular concert series for children focusing on classical music, guiding children in the world of other arts with the help of the genres in the framework of a complex performance. Following her highly successful concert held at 92 Y in New York, she has been invited to the famous Bard College as a guest professor in 2010. In order to promote chamber music, she has come up with the idea of the Night of Chamber Music, starring distinguished artists as Steven Isserlis or Ferenc Rados.