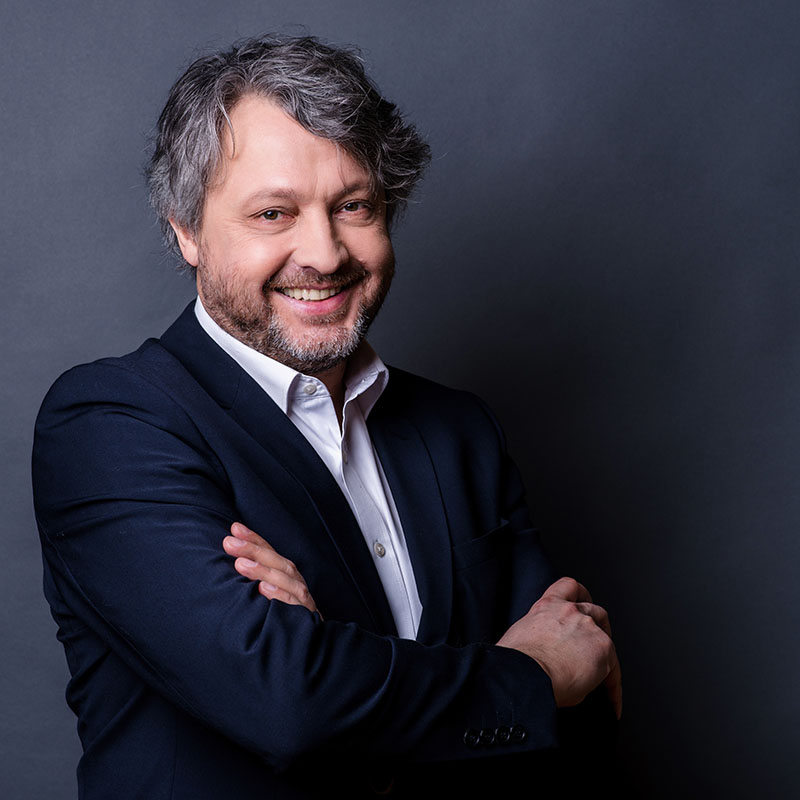 After completing the grammar school, he was a Franciscan monk at the Franciscan Theological College. He studied music at the Music Academy under the direction of György Kroó and Katalin Komlós. At Magyar Nemzet he began his career as a music critician and a reporter at Magyar Televízió. He has been a television and radio host of many classical music concerts, and worked at TV2 and Duna Televízió. He has been the editor of the Budapest Radio, and editor of many television programs. For many years was a Hungarian subsidiary of Bertelsmann Music Group and a classical music consultant of Philharmonia Hungary. He is co-founder of the Gramophone music magazine and the Bősze Ádám Music Antikvárium. Since 2010 he is chairman of the Association of Hungarian Antikvarists. Since 2008 he is the anchornman of the Bartók Radio Muzsikáló morning and Muzsikáló afternoon shows, commentator on live productions from the New York Metropolitan Opera House and the performances of the Bayreuth Festivals.
He was the anchorman of The Virtuozok classical music talent show started in 2014, as well as at MüpArt Classic and Kultikon, Festival Academy, Kaposfest and many other prestigious music festivals. Since 1995 he has been a member of the organizing committee of the European Young Musicians. His musical antiquarian work was rewarded with the Silver Mókus Prize in 2010 and was awarded the “Radioman of the Year” by Hungarian Radio in 2011.