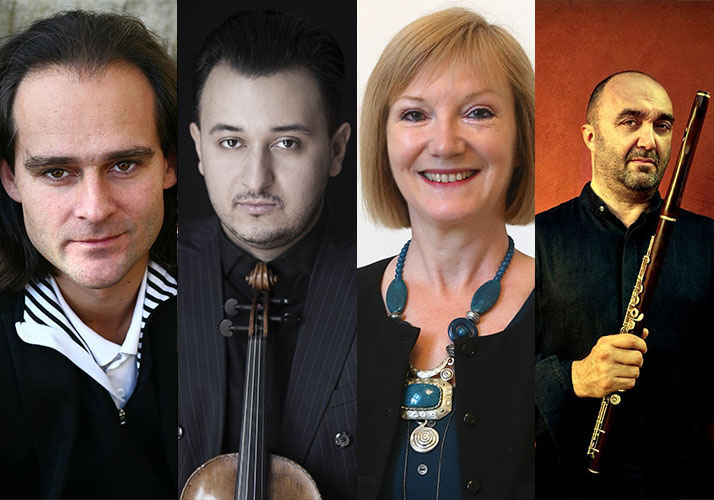 The opening concert of the Cziffra György Festival offers a colorful musical experience for the audience, as piano, flute and string instruments will be heard.
Mozart wrote four flute quartet besides two flute competitions, all of which are virtuoso, light, concerto-like works. Schumann’s Piano Five is almost a second piano competition – promising play for Gergely Bogányi and the Kálla String Quartet, like a real reward game.

The French pianist, Isabelle Oehmichen, is linked to the festival’s namesake at several points: in 1993 she won the Cziffra Piano Competition in France, was a student of György Cziffra and is currently the artistic director of the Cziffra Foundation in France. The Imola-born Massimo Mercelli is one of the most popular flutist today. The Kossuth Prize winner Gergely Bogányi is not in need of presentation to the audience in Hungary, but the Kállai String Quartet consisting of excellent musicians, was founded in 2015, is still a relatively young band – although many may remember that their primal, Ernő Kállai received Cziffra Talent Award in 2017.

You can buy tickets directly at the ticket@cziffrafesztival.hu e-mail at 10% discount.