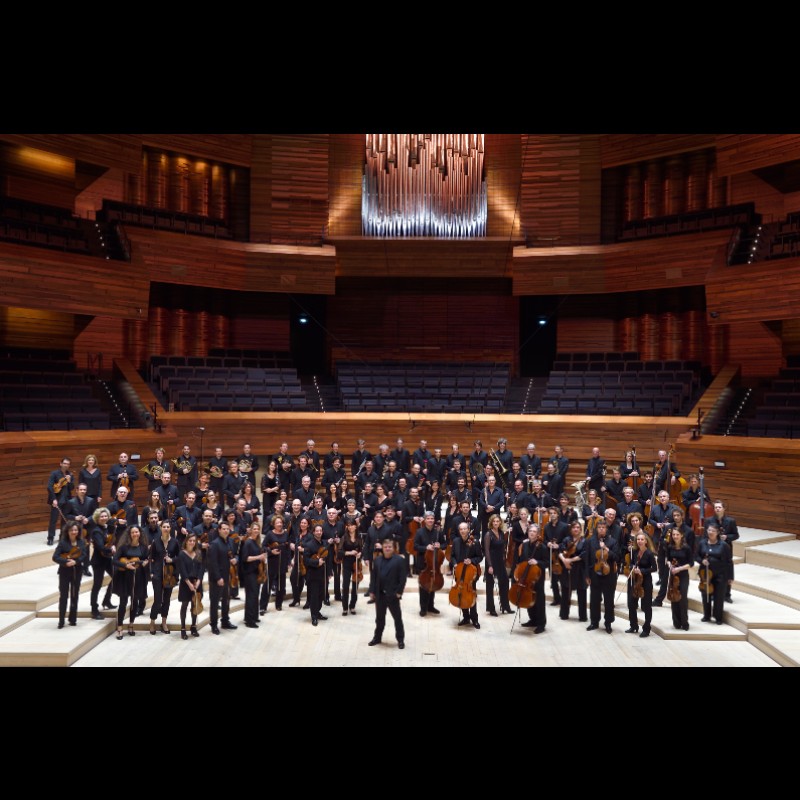 Since its establishment in 1937 the Orchestre Philharmonique de Radio France has gained a particular reputation among European ensembles for its eclectic repertoire, advocacy of new music, imaginative approach to concert formats, outstanding guest artists and dynamic programmes for education and outreach.

Mikko Franck, its music director since 2015, embodies the orchestra’s distinctive spirit, values and ambitions with his determination to make each concert a memorable musical and human experience. His contract has now been extended to 2025, affirming the long-term commitment that he and the orchestra have made to each other.

Among Franck’s immediate predecessors at the Orchestre Philharmonique de Radio France are Myung-Whun Chung, Marek Janowski and Gilbert Amy, but over its eight decades of history, many other major musical personalities have conducted the orchestra, ranging from Désiré-Émile Inghelbrecht to Gustavo Dudamel by way of Aaron Copland, Pierre Boulez, Yuri Temirkanov, Esa-Pekka Salonen, Kent Nagano and Barbara Hannigan.

Having previously made its home at the Théâtre des Champs-Élysées and then the Salle Pleyel, the Orchestre Philharmonique de Radio France now divides its Paris concerts between the Auditorium de Radio France and the Philharmonie de Paris. It also tours regularly, both in France – for instance to Lyon, Toulouse, Aix-en-Provence, the Folle Journée festival in Nantes, the Chorégies d’Orange and the Festival de Saint-Denis – and internationally to such major venues as the Berlin Philharmonie, Vienna Konzerthaus, Hamburg Elbphilharmonie and NCPA in Beijing.

Mikko Franck and the Orchestre Philharmonique de Radio France record extensively for the Alpha label and their concerts can also be heard and watched online at francemusique.fr and arte.tv.

The orchestra believes in taking an active role in culture and society and each season it refreshes its outreach programme with creative projects for schoolchildren and students, workshops, innovative concert formats, and activities in hospitals and prisons. Pianist, teacher and broadcaster Jean-François Zygel hosts Les Clefs de l’orchestre, a series exploring masterpieces of the orchestral repertoire, which is broadcast on France Inter, France Télévisions and RTBF in Belgium. In addition, the Orchestre Philharmonique de Radio France and Mikko Franck are UNICEF ambassadors.