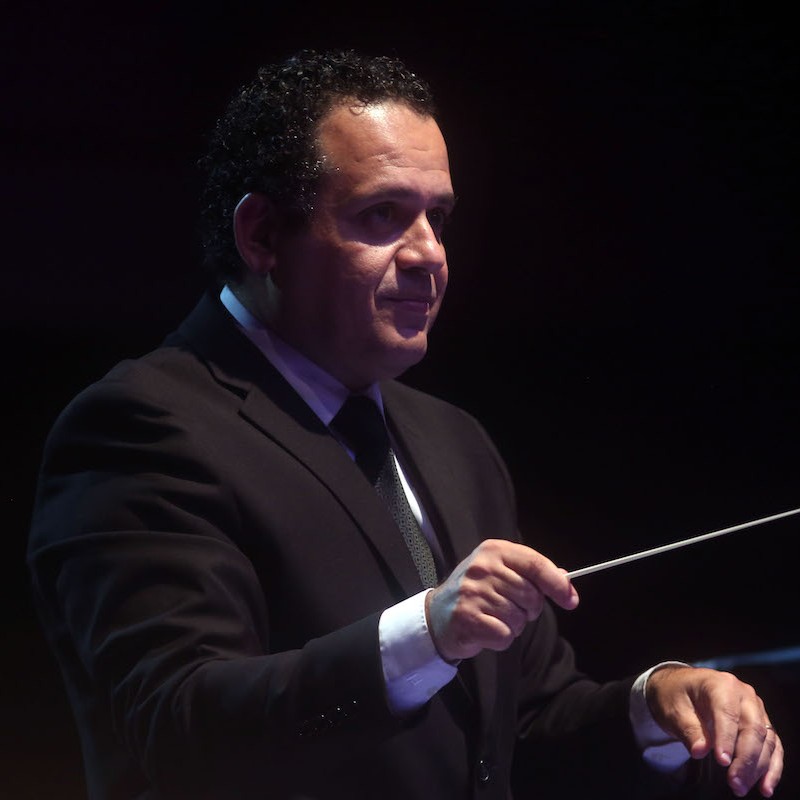 Born in Alexandria, 1970. Joined the Alexandria Conservatoire, where he studied Piano under the Italian Prof. Herta Pappo. Furthered his Musical studies in Cairo, where he obtained the advanced certficate of the Royal Schools of Music, London, in Piano performing and Theory of Music, 1996.

He wrote many compositions and arrangements for choir, orchestra and soloists, performed in Egypt and in several International Festivals around the world, amongst them the music for the celebration convened by the Ministry of Culture marking the Golden Jubilee of the nationalization of Suez Canal, the music for the celebration convened by the Algerian Ministry of Culture marking Algiers as the Capital of Arabic Culture in 2006.His Arrangements of Sayyed Darwish songs for Choir won the Silver award for Stylish interpretation of Arabic Music in “Prague Voices” Choir Competion 2012, and a Silver diploma in the “World Choir Games” competion in Sochi 2016.

Former Artistic Director and Principal Conductor of Cairo Opera Orchestra , as well as sharing the baton with famous French Conductor Michel Piquemal in the yearly International Festival of “Coro de Tres Culturas” in Morocco and Spain.