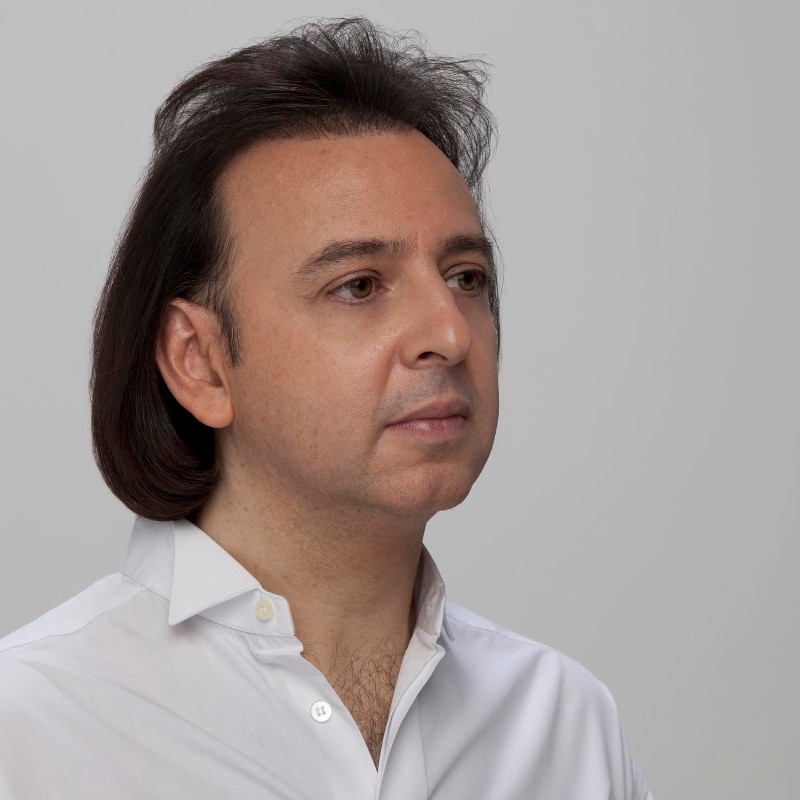 Born in Paris in 1965, Marc Laforet gave his first recital at the age of 8 at Théâtre des Champs-Élysées.

Marc Laforet had the great privilege of being personally teached by Maestro Arthur Rubinstein who gave him the warmest encouragements.

He received the gold medal of Georgy Cziffra and Yehudi Menuhin Foundations.

Warsaw 1985: Marc Laforet wins: Silver Medal of the XIth International Frederic Chopin competition in Warsaw, and the prize of Mazurkas, Prize of the public, Prize of Polish Radio-Television.

Marc Laforet’s talent had great recognition through his recordings, among which the two Chopin Concerti with the “London Philharmonia” conducted by Maestro Rudolf Barshai (EMI), the 24 Chopin Preludes and Sonata N°3 (Berlin Classics). A CD of complete set of Chopin Waltzes (Arion) received the most enthusiastic press releases. He recorded a CD and DVD dedicated to Frederic Chopin in which he performed the two Concerti with Warsaw Philharmonic Orchestra conducted by Maestro Kazimierz Kord (Maxell)

Known as an outstanding specialist of Frederic Chopin he was privileged to play in the composer’s house, place Vendôme in Paris on October 17th 1999, the very night of the composer’s 150th death anniversary.

Since July 2003, Marc Laforet is the founder and Artistic Director of the Music Festival “Les Grands Crus Musicaux”, which takes place every July, in prestigious Wine Castles around Bordeaux in France.

He is since last year artistic advisor to the «Cziffra Foundation» in Senlis.