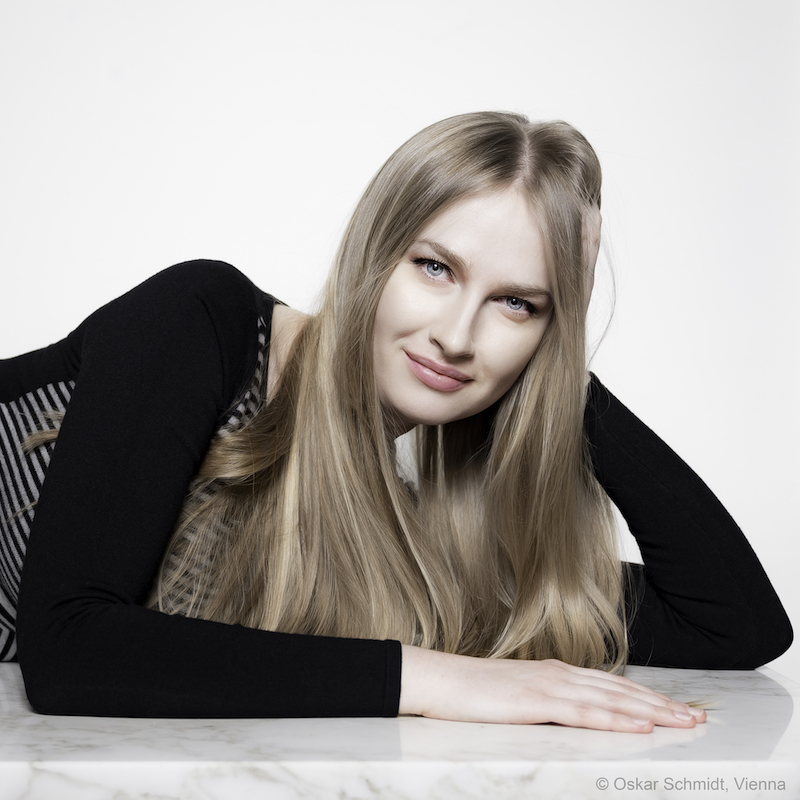 Kristina Miller, Russian-German pianist, was born in 1986 in Moscow into a musical family. Her outstanding talent gave her the first opportunity to perform W.A.Mozart Concerto Nr. 23 with orchestra at the early age of eight.

After graduating at the special music school in 2004 she became a student at the St.Petersburg State Conservatory. During this time Kristina Miller had an opportunity to perform in concert halls such as the Philarmonic Hall, the Capella Hall and the big A. Glasunov Hall of Conservatory in St.Petersburg.

In 2006 she won the Steinway Piano Award of the Munich Steinway House and entered the Munich Music University to continue her studies with the well-known pianist Prof. Gerhard Oppitz.

Besides making various recordings for the Bavarian Radio, her first CD was released in 2008 for the Naxos Label, which Kristina recorded with Nicolas Koeckert. It received great reviews and was repeatedly played at the Bavarian Radio and BBC Radio stations.

In November 2017 Kristina had her debut in Berliner Philharmonie.