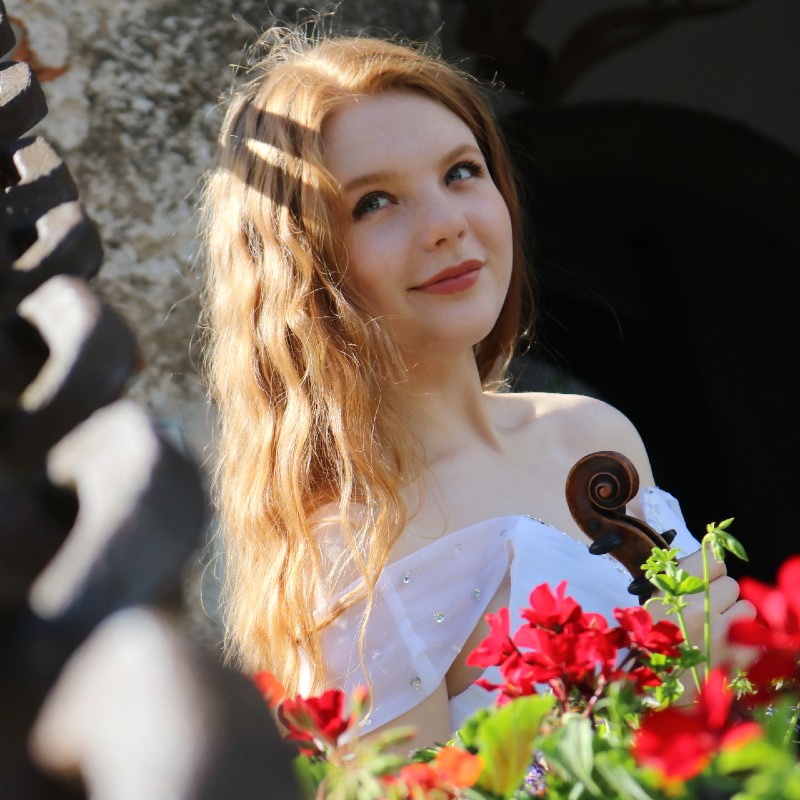 Jennifer Gheorghita is 15 years old and was born in 2005 in Bruck an der Mur in Austria into a Russian-Hungarian family. She received her first violin-lesson at the age of 5, at the music school in Kapfenberg with Michael Kriechbaum. In the first years of teaching she already won first prizes at the national competition “Prima la musica” and showed off her talent for the violin-playing. At the age of ten she was admitted to the class for highly gifted students at the University for Music and performing Arts Graz in the violin-class of Prof. Emilio Percan. Since then, Jennifer has won many first prizes at national and international competitions.

After the IMF-Audition 2018 & 2019 for highly gifted children in Vienna, Jennifer got selected by a top-class Jury for the gala-concert “Golden Note” in the Vienna Musikverein, in Vienna.

Masterclasses and lessons with Prof. Silvia Marcovici at the University for Music and Performing Arts Graz and in Italy, Prof. Leos Cepisky at the Academy of Music and Performing Arts in Prague, Prof. Isabela Golovina (student of Leonid Kogan) in Moscow, Prof. Peter Daniel at the Folkwang University of Arts in Germany, a lesson with Aleksey Igudesman as preparation for her performance of his own compositions at the Gala Concert of „Goldene Note“ in the Vienna Musikverein, expand her musical education.

With 12 years she had her first Solo-concert and since then, she plays as a soloist in the most beautiful halls of Austria, Slovakia, Bulgaria, Italy, Serbia, Russia and more. In December 2019 and January 2020 she performed as a soloist in the Golden Hall of the Vienna Musikverein with the Vienna Imperial Philharmonics.

In March 2020 Jennifer got awarded with the Culture-Youngster-Prize from the Municipality´s Department Kapfenberg, Austria.