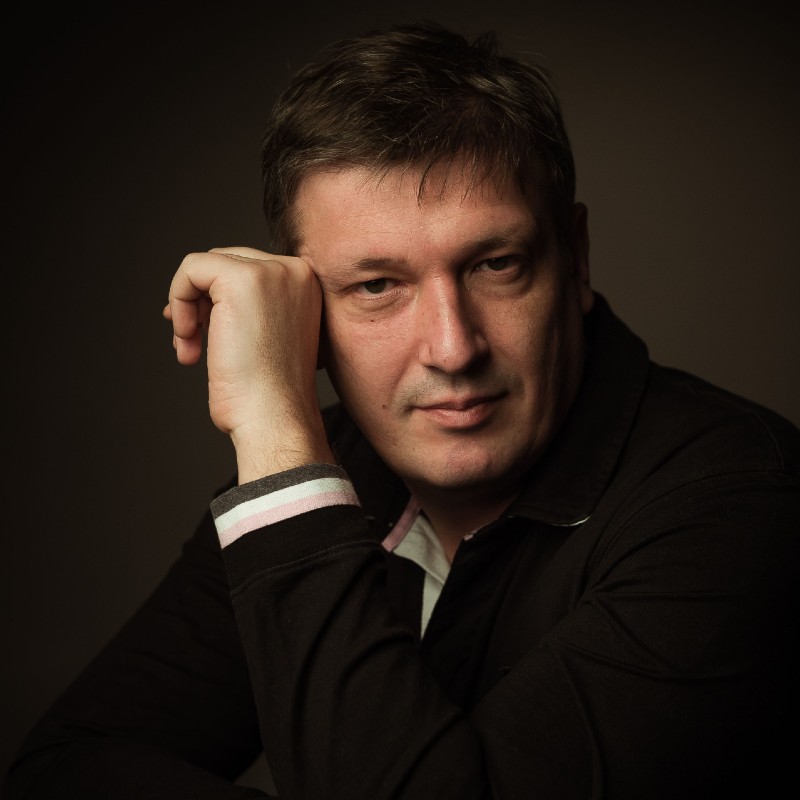 A player of dazzling virtuosity and a refined poet, Boris Berezovsky is the truest moving Russian pianist.

Born in Moscow in 1969, Boris Berezovsky studied at the Moscow Conservatory with Eliso Virsaladze and privately with Alexander Satz. He made a stunning debut in London in 1988 at the Wigmore Hall and in 1990 won the Gold Medal at the International Tchaikovsky Competition in Moscow where he played with Itzhak Perlman, Yo-Yo Ma, Jessye Norman and the Leningrad Philharmonic Orchestra under the baton of Yuri Temirkanov.

In 1991 Boris Berezovsky made his American debut at Fort Worth in Texas and in France at the Auditorium du Louvre in Paris.

He is also invited to numerous festivals such as the ones of Gstaad, La Roque d’Anthéron, Verbier, Bergamo Brescia, Salzburg, Folle Journée de Nantes and Folle Journée Japan.

Last season, he performed the concertos of Brahms, Stravinsky, or Beethoven in a format of which he has become fond: concerts with orchestra, without conductor. Mirare released his latest album, recorded with the Russian State Symphony Orchestra ‘Evgeny Svetlanov’ without conductor and dedicated to the Brahms and Stravinsky concertos, on 26 January 2018. Following this in November 2018, guest of the Svetlanov Universe Festival, he triumphed with the Russian State Symphony Orchestra ‘Evgeny Svetlanov’, with Tchaikovsky’s Piano Concerto No. 1. He also achieved the same success in Budapest with the Concerto Budapest in the No. 1 concertos of Brahms, No. 1 of Prokofiev and No. 2 of Shostakovich.

In June 2018, his recital at the Théâtre des Champs-Elysées made resounding waves. Resmusica called the pianist “sovereign in everything he touches” and a “discreet artist in relation to some others, but how much higher than many of them.”

2019-20 will see a recital tour of France, featuring performances in Toulouse, Nancy, Annecy and the Théâtre des Champs-Elysées in Paris. He will appear again at the Théâtre des Champs-Elysées, with the St. Petersburg Philharmonic Orchestra and Yuri Temirkanov, and will return to the St Petersburg Philharmonie with the orchestra to perform two Chopin concertos, without conductor. Continuing on in the configuration of concertos without a conductor, he will tour in Spain with the Russian State Symphony Orchestra.

In 2014 he was appointed Artistic Director of the “Music of the Earth” Festival in Moscow and Saint Petersburg.

Press quote:
“Here, surely, we have the truest successor to the great Russian pianists.” Gramophone