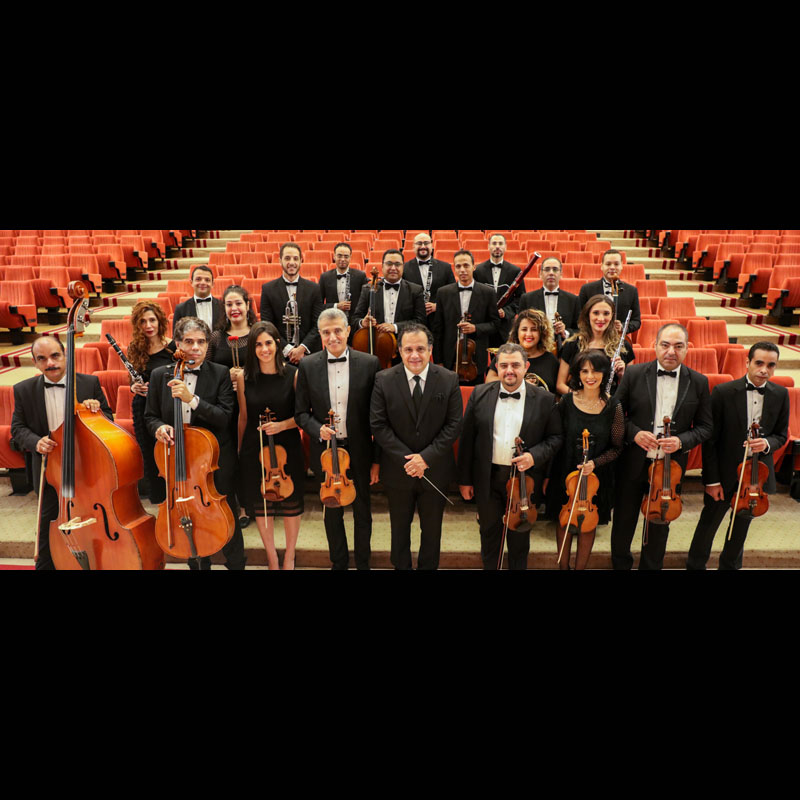 The Bibliotheca Alexandrina Chamber Orchestra (BACO) was founded in 2002, with the beginning of the Arts Center’s activities. It consists of 24 Egyptian musicians who perform various musical genres. BACO is the only regular Chamber Orchestra in Egypt that performs works written for a relatively small in number, yet high in skills players with a vast repertoire of chamber music that extends from the 17th Century till today. It is also capable of adding many extra musicians to perform bigger works. Since it was founded, the BACO has given over 500 concerts, including various World Premieres works, It has also participated in many international Music Festivals in Europe and the Arab world. BACO has also performed together with international visiting groups, such as: The London Chamber Players, The BIT 20 group, The Geneva Chamber Orchestra, The Syrian National Orchestra, The Lithuania Symphonic Orchestra, the World Festival Choir, and the Bonner Vokalisten Choir and invited many distinguished Egyptian and international soloists and conductors.

It released the first Arabic documentary movie about the renown Austrian composer W.A. Mozart for his 250th anniversary, which includes samples from his diverse works and commentary on his style and life. A separate CD containing the works played in the documentary has also been released upon the same occasion. It has also recorded the first Egyptian contemporary Opera “Miramar” composed by Sherif Mohie Eldin and based on Naguib Mahfouz’s novel with the same title.

The BACO, in addition, adopts music projects that aim at documenting and reviving Egyptian musical heritage. Thus, a collection of CDs of the “Ten Adwar” of Sayed Darwish with a contemporary orchestral arrangement plus the original one has been recorded. Two collections have also been released, the first includes works by leading contemporary Egyptian composers (composed especially for this recording), the second includes classical compositions performed by leading Egyptian soloists. The aim of such a project is, to gather and document the creative energy of Egyptian composers, musicians and singers. It recently appointed Nayer Nagui, as its Principal Conductor. Nagui has plans for international collaboration as well as educational goals for children and youth.