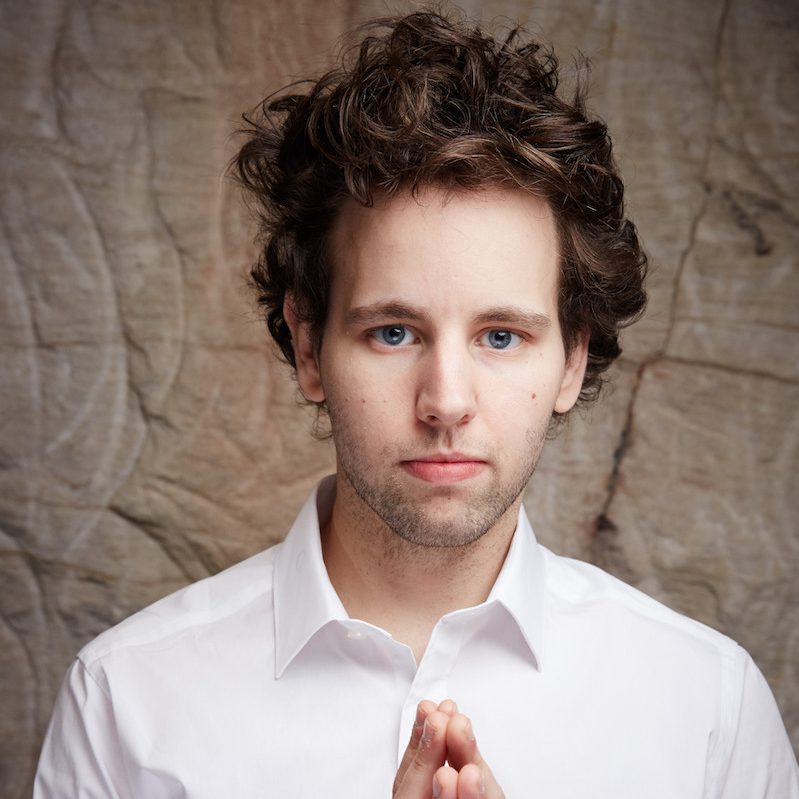 A keen chamber musician, Aljoša Jurinić has particularly fruitful duo collaborations with world-renowned musicians Petrit Çeku (guitar) and Luka Šulić (cello), the latter of which earned a reputable Orlando award at the 70th Dubrovnik Summer Festival. His discography includes a solo CD titled Chopin alive featuring a recording from an all-Chopin recital published in 2017 by CristoforiumArt, a CD box set of highlights of the 2016 Queen Elisabeth Competition, and the performance of R. Schumann’s Piano Concerto recorded at the 2012 Robert Schumann Competition. A new CD will be released under KNS Classical  featuring R. Schumann’s Fantasy Op. 17 and F. Chopin’s 12 Etudes, Op. 25.

Aljoša Jurinić holds a Concert Diploma (Konzertexamen) from the University of Music Franz Liszt Weimar, studying under Grigory Gruzman, and a Master’s Degree from the Academy of Music of the University of Zagreb, under Ruben Dalibaltayan. Other teachers who have influenced his artistic expression include Eliso Virsaladze, Noel Flores, and Jasna Reba. Having lived in Croatia, Austria, Germany, and the USA, he is currently residing in Toronto, Canada.